Like Bill Clinton, Frederick Douglass, Andrew Jackson and Barack Obama, Wall did not have a father figure growing up. Behold, the inanity 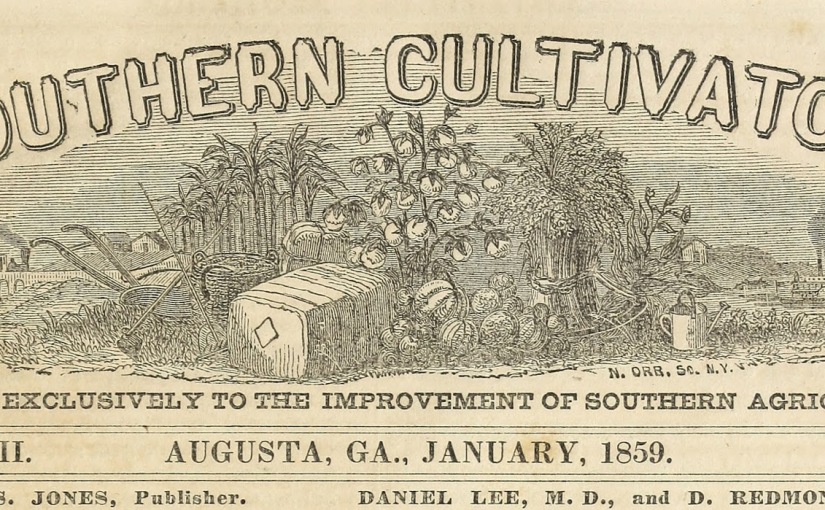 From  the Southern Cultivator of June, 1851, an article signed “A Minister of the Gospel” relates the following tale of a slave he refers to as “old Harry,” who presumed to speak against his master, if ever so slightly, in the name of a higher Master:

Another fact, equally notorious, is, that on almost every large plantation of Negroes, there is one among them who holds a kind of magical sway over the minds and opinions of the rest; to him they look as their oracle,—and this same oracle, though most generally a preacher is, in ninety-nine cases out of a hundred, the most consummate villain and hypocrite on the premises. It is more than likely that he has seen sundry miraculous visions, equal to those of John on the isle of Patmos; angels have talked with him, &c &c. The influence of such a Negro on a quarter is incalculable. He steals his master’s pigs, and is still an object commanding the peculiar regard of Heaven, and why many not his disciplines? It may be, and in most cases this influence is, such an obstacle in the way of the missionary, that he can accomplish but little unless his preaching is in unison with the theology of this sage old Doctor of Divinity.

Rev. W. W., an aged and talented Minister of the Gospel had charge of a colored mission some years ago. One Sabbath morning, on going to his appointment at the plantation of Mr ——, he was met by old Harry who had news to tell of a most important character. Said he: “Brudder W., de Lod came down las night ‘pon de top of de house and he call—‘Harry, Harry;’ I say ‘Here me Lod.’ He say—‘Harry, Mista W. and Mista S nebber preach de gospel yet – Hurry, you mus go and preach my gospel.’”

These things show the importance of using every effort within our reach to counteract these influences and to have them properly instructed in the true doctrine and precepts of Chirstianity; and though but little may be done for the adults, much may be done and is doing for the young ones by use of Dr. CAPERS’ catechisms, orally taught. 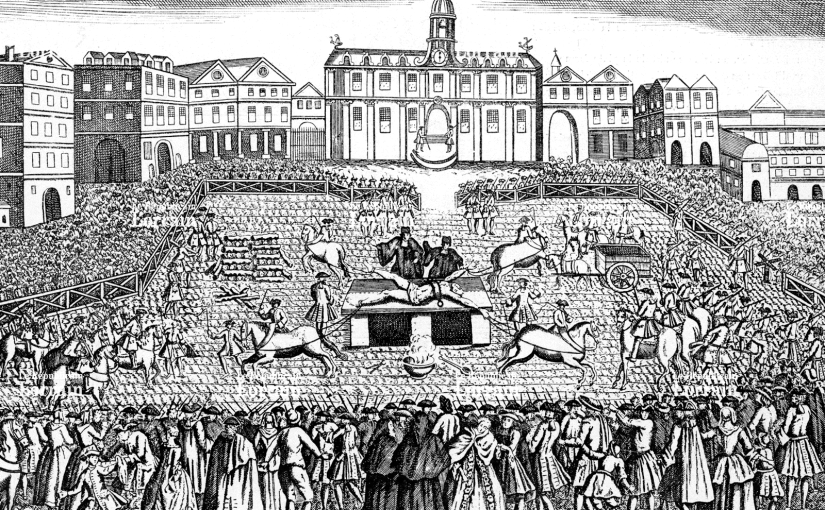 In his essay, “Lives of Infamous Men,” Foucault states a list of rules he has chosen for the selection of material for a broader project.

• The persons included must have actually existed.

• These existences must have been both obscure and ill-fated.

• They must have been recounted in a few pages or, better, a few sentences, as brief as possible.

• These tales must not just constitute strange or pathetic anecdotes; but, in one way or another (because they were complaints, denunciations, orders, or reports), they must have truly formed part of the minuscule history of these existences, of their misfortune, their wildness, or their dubious madness.

• And for us still, the shock of these words must give rise to a certain effect of beauty mixed with dread. (#, 159)

Foucault tells us that the purpose of these seemingly arbitrary criteria was to unearth “the existence of these men and women” of whom “nothing subsists of what they were or what they did, other than what is found in a few sentences” and present these scraps of official discourse, because what was written “really crossed lives; existences were actually risked and lost in these words”  (162, 160). Foucault gives an example of one such scrap, whose kindred surprised and enraptured him with their intensity:

Mathurin Milan, placed in the hospital of Charenton, 31 August 170 7: “His madness was always to hide from his family, to lead an obscure life in the country, to have actions at law, to lend usuriously and without security, to lead his feeble mind down unknown paths, and to believe himself capable of the greatest employments.” (158)

In my own research, I come across such lives from time to time, which effloresce briefly in the account books of a plantation, an ancient diary, or some long forgotten agricultural journals. So when there is occasion, I will try to re-present the lives of these infamous men and women I stumble across, with as little adornment as possible. Such representations have a politics, to be sure, yet these documents endure in any case, and we tend to believe that knowledge is made for cutting.

As an otherworldly figure existing in our own 3-D, mortal space, the idea of Christ as a simplified human version of a higher-mathematical dimensional cube impinging on our space is a clear metaphor for both the physical manifestation of the math and the theology.

I recently finished the first chapter of my dissertation, or at least the penultimate version thereof. The following is the Table of Contents:

Chapter One: On the Making and Unmaking of Life; or, Slavery as a Practice of Mastery

I. The State of War Continued

The moderation of the body

The cultivation of sentiment

The inculcation of habits

The plantation as social psychosis

“A want of information…”

IV. The Ethopoiesis of the Slave

Free association in the woods

Becoming a freeman; or, on the absence of a subject of enunciation

I’ll be posting a synopsis here fairly soon, but for now the outline will do. *update: dissertation can now be found here

No Virtual Space—All things actually exist. A blog is not a virtual space for thoughts; it exists, and relies on a certain number of material supports. They can be counted. Whether inscribed on the synapses of the brain, the variable electrical intensities on a screen, or fluctuations on ferromagnetic material, they remain in “real” space. Forgotten, this state of affairs makes thought vulnerable to the appropriation of its material substrate, over which others will have, in the mean time, seized control.

Inmate leaders, representing blacks, Hispanics, whites, Muslims, Rastafarians, Christians, have stated the men will stay down until their demands are addressed, one issuing this statement: “…Brothers, we have accomplished a major step in our struggle…We must continue what we have started…The only way to achieve our goals is to continue with our peaceful sit-down…I ask each and every one of my Brothers in this struggle to continue the fight. ON MONDAY MORNING, WHEN THE DOORS OPEN, CLOSE THEM. DO NOT GO TO WORK. They cannot do anything to us that they haven’t already done at one time or another. Brothers, DON’T GIVE UP NOW. Make them come to the table. Be strong. DO NOT MAKE MONEY FOR THE STATE THAT THEY IN TURN USE TO KEEP US AS SLAVES….” When the strike began, prisoner leaders issued the following call: “No more slavery. Injustice in one place is injustice to all. Inform your family to support our cause. Lock down for liberty!”