“The wholesale repudiation of Bush’s foreign policy included the rejection of anything resembling his “freedom agenda,” which looked mainly like an excuse for war. But whatever one’s views of the Iraq war, it really does not seem too much to ask of American liberals that they think a little less…The bizarre irony of Obama’s global multiculturalism is that it has had the effect of aligning America with regimes and against peoples. …

I appreciate this logic, but where does one draw the line between intervention in revolutions that are “real” and ones that are not?

At the very least, I think that we can attempt to refrain from reducing the complexity of the situation by saying that even if we, individual Americans, are for the Egyptian people, that does not necessarily mean that the American government should simply reflect a 1:1 correspondence with our beliefs.

First of all, realistically, there is no telling if U.S. support would be helpful, or if it would only be used as an ideological weapon against these people in the streets; the desire is not the act. Second, should the U.S. even be in the business of dividing “good others” from “bad others”? It’s not just “where do we draw the line?”, but “what does the power to decide where the line should be drawn already imply?"

It does, however, seem that the U.S. is already intervening, and has been for decades, via the billions of dollars in aid we supply to Egypt … among other countries. But very few were calling for the end to such practices before the people took to the streets, and such calls gained very little traction. How could people be activated toward these issues, which might indeed end our support for dictators without the attendant problems outlined above.

The power to decide …

The sides were always strange,“ Beychae said. ‘We all said that all we wanted was the best for the Cluster, and I think we all meant it, mostly. We all still want that. But I don’t know what the right thing to do is; I sometimes think I know too much, I’ve studied too much, learned too much, remembered too much. It all seems to average out, somehow; like dust that settles over … whatever machinery we carry inside us that leads us to act, and puts the same weight everywhere, so that always you can see good and bad on each side, and always there are arguments, precedents for every possible course of action … so of course one ends up doing nothing. Perhaps that’s only right; perhaps that’s what evolution requires, to leave the field free for younger, unencumbered minds, and those not afraid to act.”

The Minimalist Makes His Exit | NYT

Babbage once contacted the poet Alfred Tennyson in response to his poem “The Vision of Sin”. Babbage wrote,

“In your otherwise beautiful poem, one verse reads,

… If this were true, the population of the world would be at a standstill. In truth, the rate of birth is slightly in excess of that of death. I would suggest [that the next version of your poem should read]:

Strictly speaking, the actual figure is so long I cannot get it into a line, but I believe the figure 1 1/16 will be sufficiently accurate for poetry.”

The panel I was on at the MLA, “The Global American South in the Nineteenth Century,” turned out to be quite interesting, as I expected it to be. The four presentations (three papers and Caroline Levander’s response) all focused on the antebellum South, yet they all diverged in interesting ways. (Thanks especially to Lloyd Pratt for putting it all together.) I’ll treat each in the order they were presented.

My paper, “An Archaeology of Slave Management: From ‘The State of War Continued’ to ‘No More Beautiful Picture of Human Society,’” was comprised of three components. The first was a juxtaposition between the colonial regime of slavery and the humanist one which emerges in the mid-eighteenth century and continues up until (and probably extends across) the Civil War. The second was a distillation of slave management discourse from the humanist regime, whose three principles are the moderation of the body, the cultivation of sentiment, and the inculcation of habits. The final section was an argument to the effect that we need to read slave narratives in the context of these, quite literal, master narratives, using Frederick Douglass’s Narrative as an example, and arguing that Douglass takes great pains to refute these specific principles of humanist slavery.

Sarah Lahey’s paper, “An Englishwoman in the South: The Global Politics of Race in Fanny Kemble’s American Journals,” examined a divergent example of what I referred to above as master narratives. Kemble, an Englishwoman who was critical of slavery in fraught and varying degrees, wrote the journals in question from 1838 to 1839, but was forbidden by her husband, whom she later spectacularly divorced, and only published them later in 1863 as an intervention into the Civil War against slavery. Lahey argues that Kemble’s journals serve to deconstruct the black/white binary that was, and to a great extent still is, the dominant paradigm of interpretation for race in America. Particularly in her triangulation of the relation between white elites, black slaves, and Irish immigrants and poor whites, she teases out the way Kemble’s global perspective cannot be contained within the dominant racial ideology, whether the ideology of the past or the present.  As she concludes, “Kemble might not offer as much insight into the diverse contours of the black community, but her transatlantic vision does provide one of the earliest deconstructions of the white race as a racial entity in antebellum America.”

Matthew Sandler’s paper, “‘Too-Wit’: Poe’s Southern Political Aesthetic in Latin America,” returned us to the works of Edgar Allen Poe, building a series of proliferating connections between his work and that of the Comte de Lautréamont. Lautréamont exemplifies, as Sandler argues, the way “Poe’s dark romanticism came to have tremendous appeal among writers of the American South, the Caribbean, and Latin America.” The Poe-Lautréamont connection represents, then, a whole a series of transnational literary connections that exceed traditional boundaries. In the work of both, Sandler traces a set of common themes, in particular that of the sea voyage. For these authors, the sea voyage does not open onto “the joy of the universe” or “interminable oceans,” as it does for Emerson (#). Instead, they open onto disaster and terror, a reflection of the brutal violence of their times and places, almost as if these two authors are haunted by the restrictions national borders, spatial and cultural, impose upon them. Paradoxically, these intimations of frustration and constraint produce texts which transcend those very limitations, as the history of their receptions attest.

Caroline Levander concluded the panel with a response which centered on the intersection of two terms which governed the panel, the Global and the South. She pointed out that, both in the nineteenth century and today, the intersection of these two terms destabilize the static interpretations that each alone can tend to generate. Whether it be the shift from the conceptual category “Third World” to that of “Global South” that is reorienting today’s geopolitics, or the way that in a global context the American South was only something like the Northern tip of an Americas-wide slave system, adding the Global to the South forces us to recognize and rethink the arbitrary limits that are often placed on either. (For more on her work on The Global South, see here.)

…aphorisms are the forms of ‘eternity’…

Friedrich Nietzsche, Twilight of the Idols (#)

I tried to reblog a fiat luxemburg post and it cut it off halfway. Who thought this format change was a good idea? Anger … 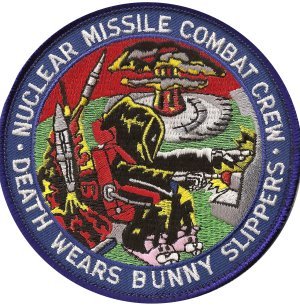